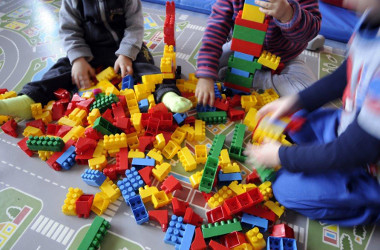 This teacher recruitment agency was number five in the market when it decided on a management buy out.  As a result, growth prospects were key.  At the time, the education community was unhappy about the role of teacher recruitment agencies generally, claiming they profited too much from the teacher shortage.  This combined with an increased focus on CRB checks on teachers to ensure the safety of children.

A BBC journalist who forged his credentials and qualifications signed on with Teaching Personnel (TP) and managed to get a job as a teacher; the agency was savaged in a TV expose.  fe3 consulting was brought in to help to rebuild trust with headteachers and schools, consider ways in which the company’s promises could be kept to all its stakeholders, and repair the agency’s reputation by redefining the brand.

We carried out some benchmark research with employees (who deliver the organisation’s promise), teachers and schools (who receive the promise) about their views on TP. This gave our client some solid information on which to base decisions.

The next step was to meet with the senior management team and work towards a market proposition that would re-establish the company’s reputation, and to define a set of brand values and a mission for further testing with the target audiences. This would test whether the proposed brand values, brand proposition and mission were seen as realistic, feasible and in tune with the needs of the three groups. In effect, we wanted to see if the new organisation would be “attractive” to employees, customers and supply teachers.

The new proposition and value set was attractive to key audiences and would go a long way to securing their loyalty as customers and their commitment as employees. However, there were other recommendations that would help the company move closer to the brand promise, both internally and externally. These included:

After our initial recommendations, fe3 was involved in the testing of Teaching Personnel’s revised corporate identity, but in addition, the agency has introduced many other “brand consistent” elements, including appraisal and recruitment of employees against the values, regular employee and school communication and face-to-face performance reviews with client headteachers.

Since our work, the reputation of TP has recovered and further improved, as its recruitment consultants understand the individual client needs. Market share, in a cut-throat market, has increased by 3.5%.  In the employee survey we did at the time, nearly 75% of staff indicated they would leave within six months. Eighteen months after we completed the work, this had dropped to 42% and has continued to decline steadily for the past three years, reduced by more than three quarters.

Our client had this to say:

Since embarking on the process the whole company has taken on a different feel and our staff have been involved in a way they have never before experienced.