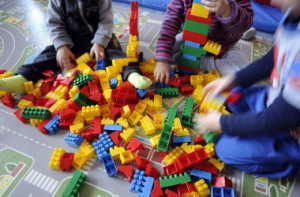 It’s rare that you get the chance to build something from scratch, unless you start your own business.  I was having a drink with an old friend, and some of her friends, when we began to speak about those brain-numbing, toe-curlingly embarrassing networking meetings.  These are the awkward situations where real conversations are the exception rather than the norm, and where people often spend time avoiding others because they’re ‘not in the market’ to buy anything. (This is not what networking is about, but I’ll cover that another time.)

Another way to network

We all thought that there must be another way to do networking and, fuelled by the wine, we began to think about events where we’d rather be – somewhere we learned something, or tried out something new.  Somewhere where as well as learning about the hottest trends in fashion, we could also learn about how to make a career as an electrical engineer, or what wine goes best with spare ribs.  In short, we wanted to be treated as intelligent human beings where all sides of women – not just the business side – could be acknowledged and celebrated. We came up with the idea of Four Spaces, an event where people could make real connections and have proper conversations, rather than just the sterile exchange of business cards.

Four Spaces is where we look at four elements of women – heads (where you learn something new), hearts (where we engage with emotions), hands (where you try something different) and histories (where you tell your story and listen to those of other people).

We ran our first event in June with our mates and now we’re about to do another event at the end of this month – 27 October to be precise in Central London.  Have a look and if you can spare an evening and twenty quid, please join us!

True to form, it’s not just our development we’re interested in – we’re raising money for The Girls Network, which aims to mentor teenage girls from the most disadvantaged communities.

So if you’re fed up of exchanging meaningless polite chat, come and throw some opinions around with us. We’re looking forward to meeting you.